In the Name of Tradition (Thresher Shark Tails)

In the name of Tradition (Thresher Shark Tails) aims to draw attention to the controversy of the traditional Chinese dish – Shark Fin Soup – whilst underlying sharks’ inherent and under-appreciated beauty.
The visual contrast between the delicate hand-painted porcelain Chinese motifs and the chrome finish on the Thresher shark tails draws the viewer to weigh the importance between the dish’s monetary value, traditional value and the consequences for the marine ecosystem 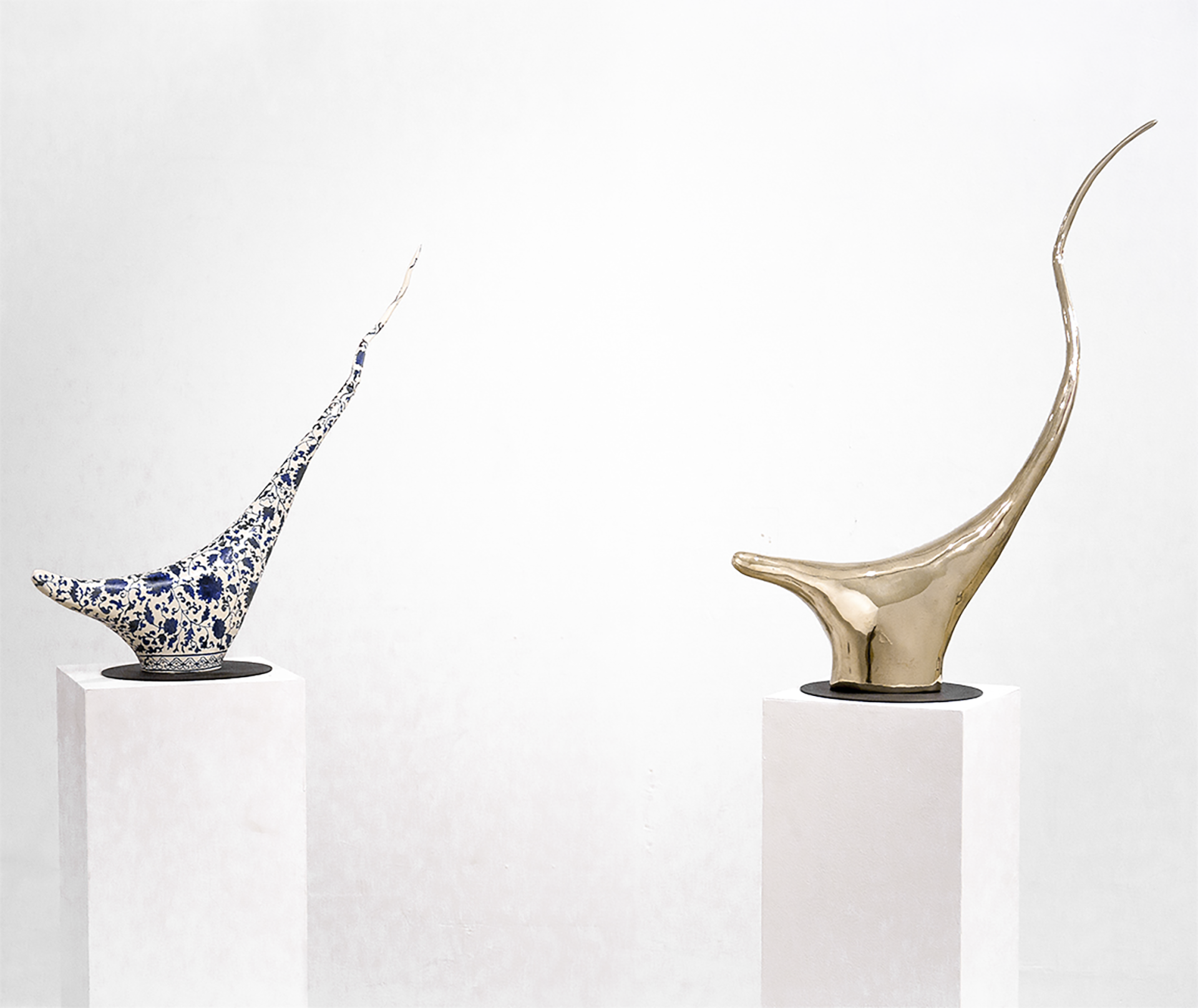 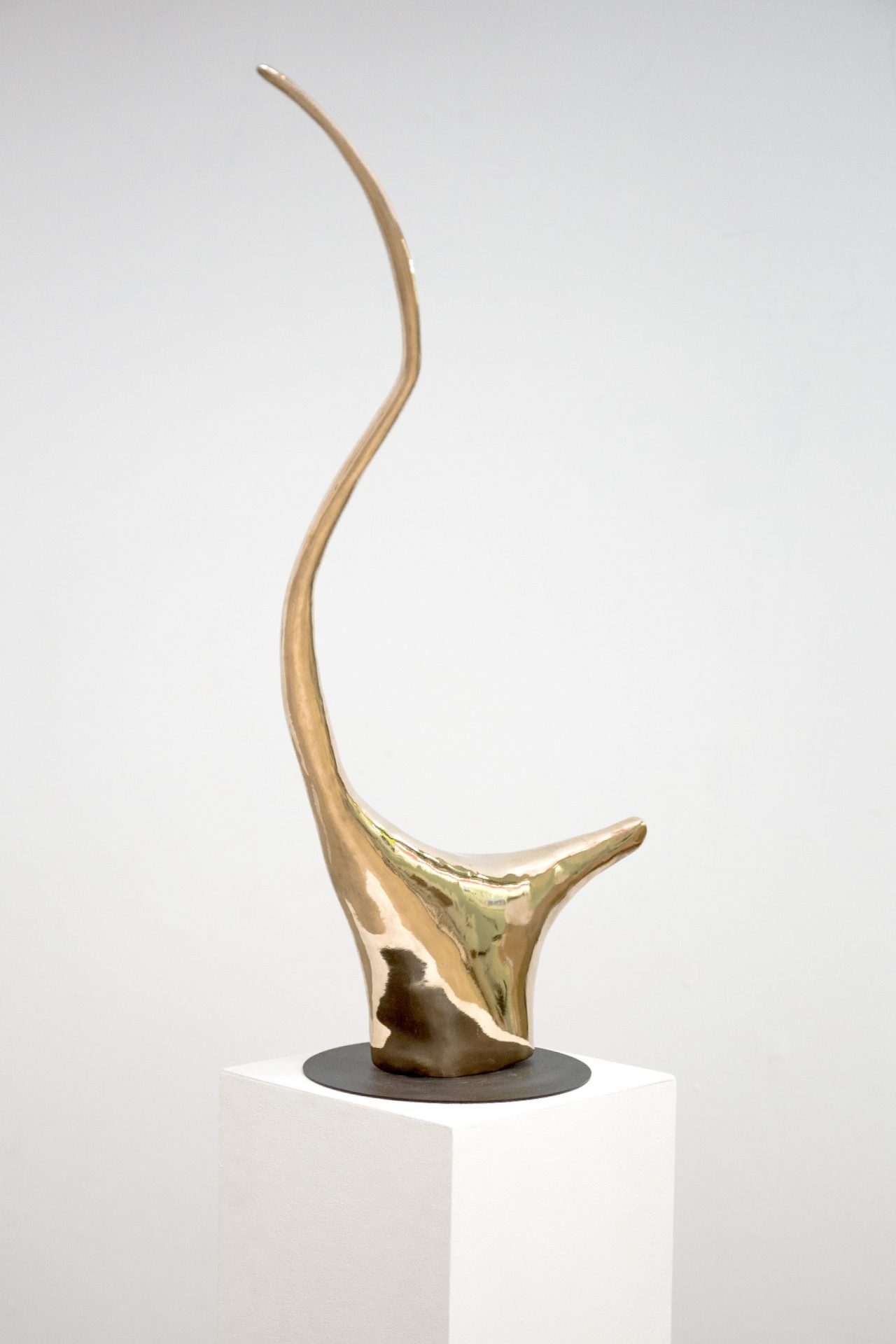 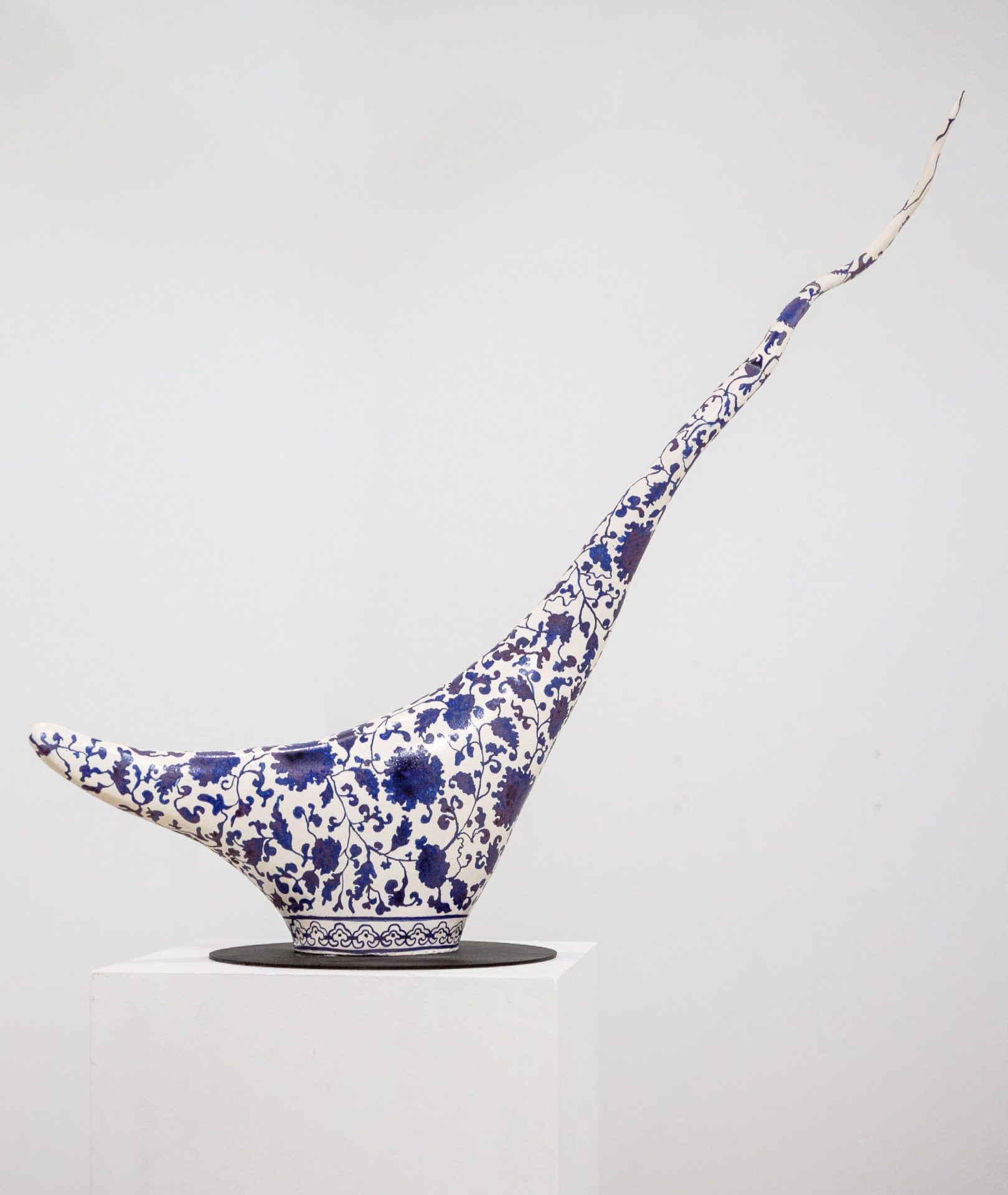 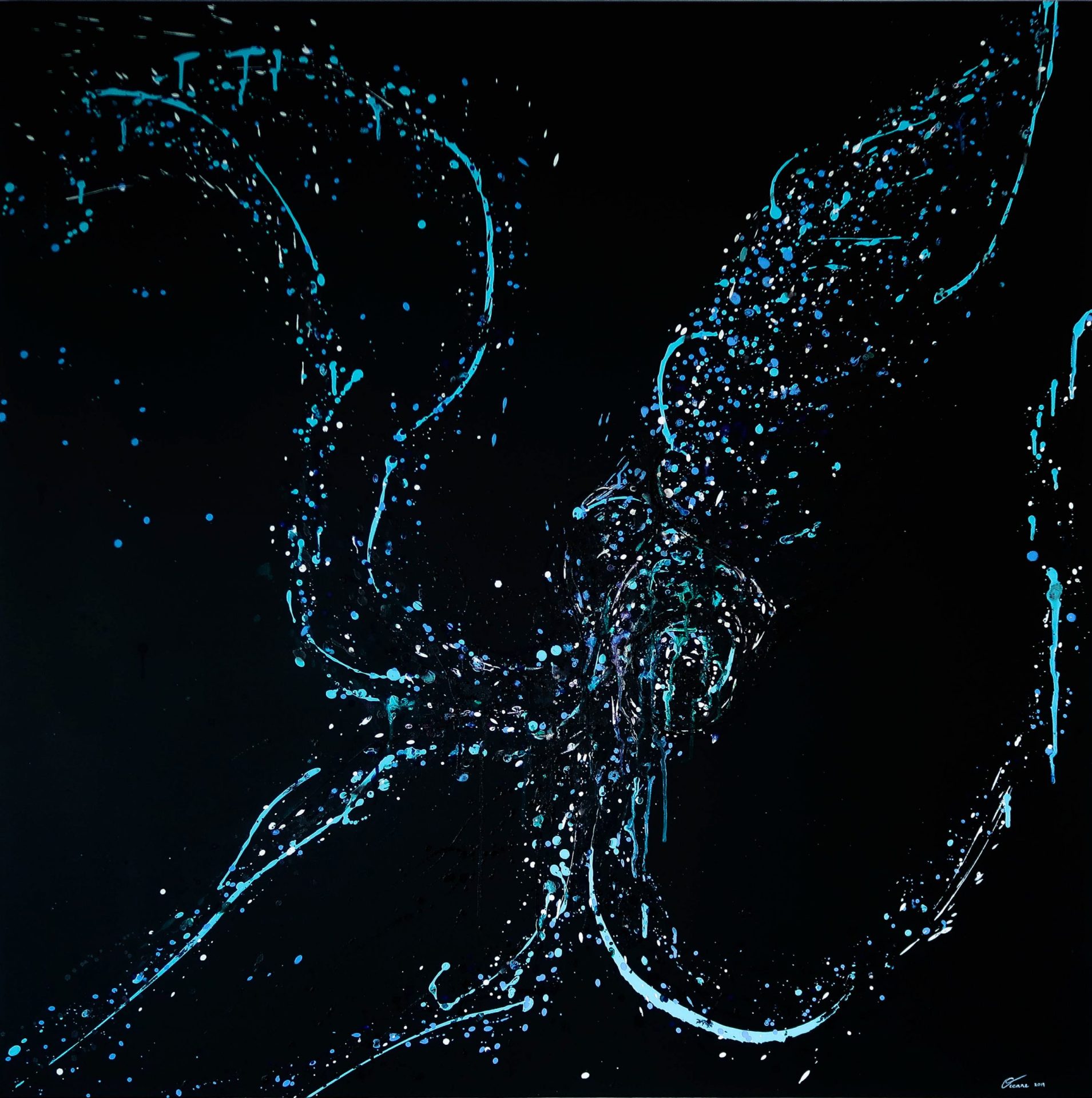 Océane’s passion for marine conservation drives her to portray the species she encounters in the manner that she sees them – in constant motion, fleeting, and hauntingly beautiful. Aided by photographs that capture the exact encounters, she recreates the emotions through paintbrush strokes. The fluorescence of the animal mixes with the movement of the water, the curiosity is mimicked in the flutter of tentacles, and the transience of the encounter translates into a shadow of a form on
canvas.

With a keen eye for critters large and small, Océane captures the essence of the marine ecosystem through her camera lens. Her photographs highlight the smallest details such as the iridescence of a squid’s fins or the inquisitiveness in the eyes of a
curious shrimp. By bringing the minutiae of the underwater world to the surface, she hopes to inspire the public to protect the vast biodiversity that inspires her every day. 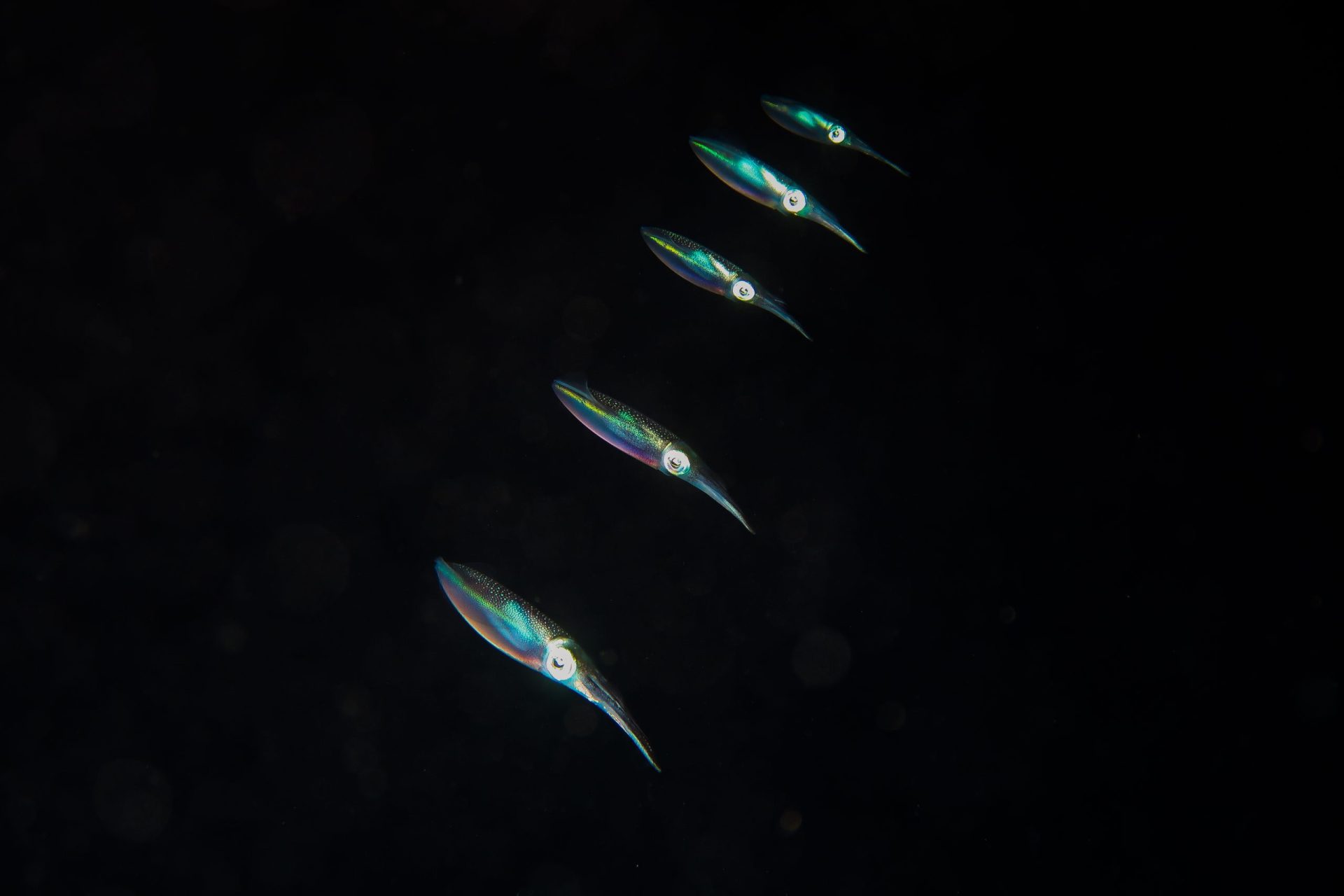 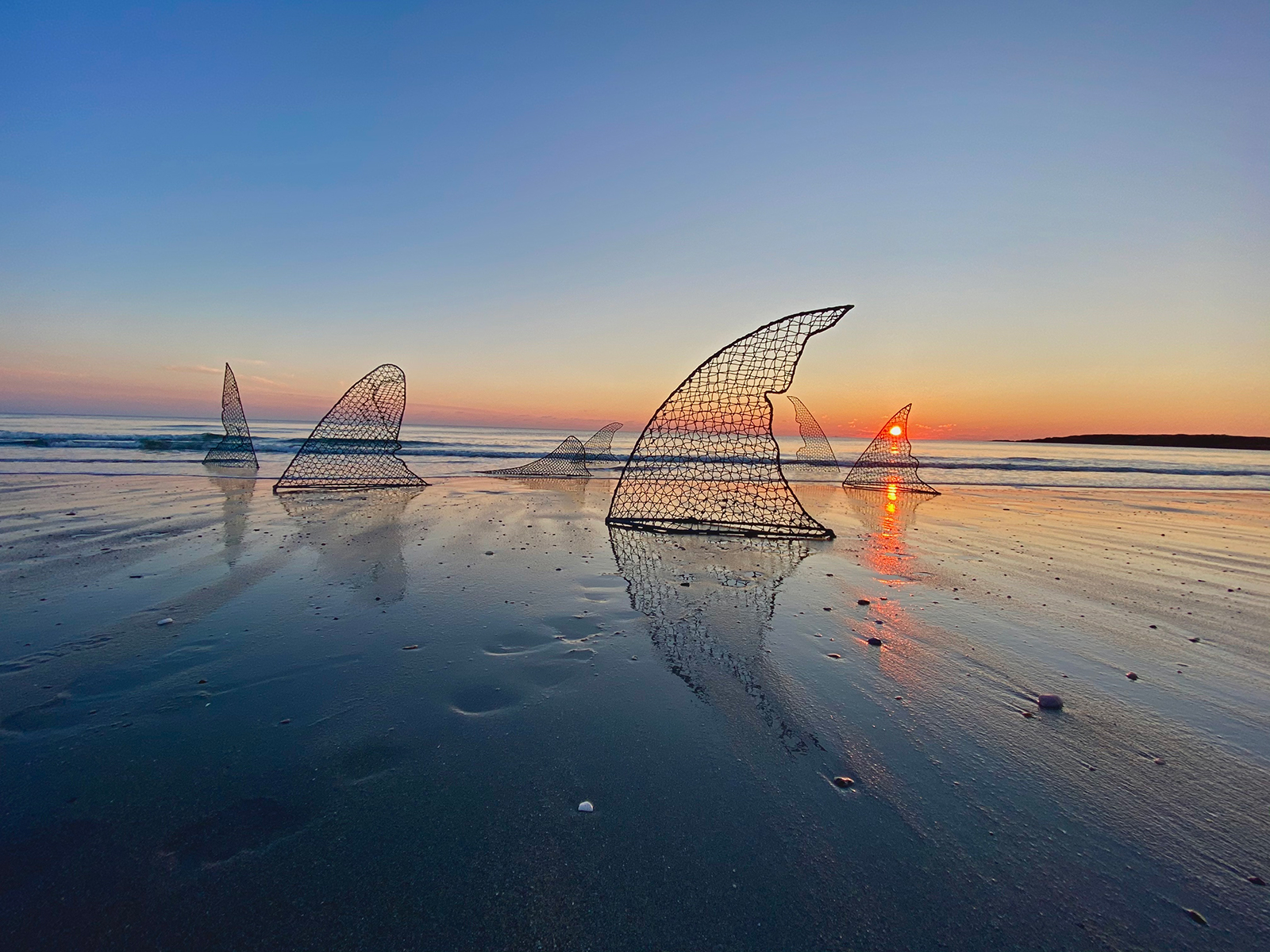 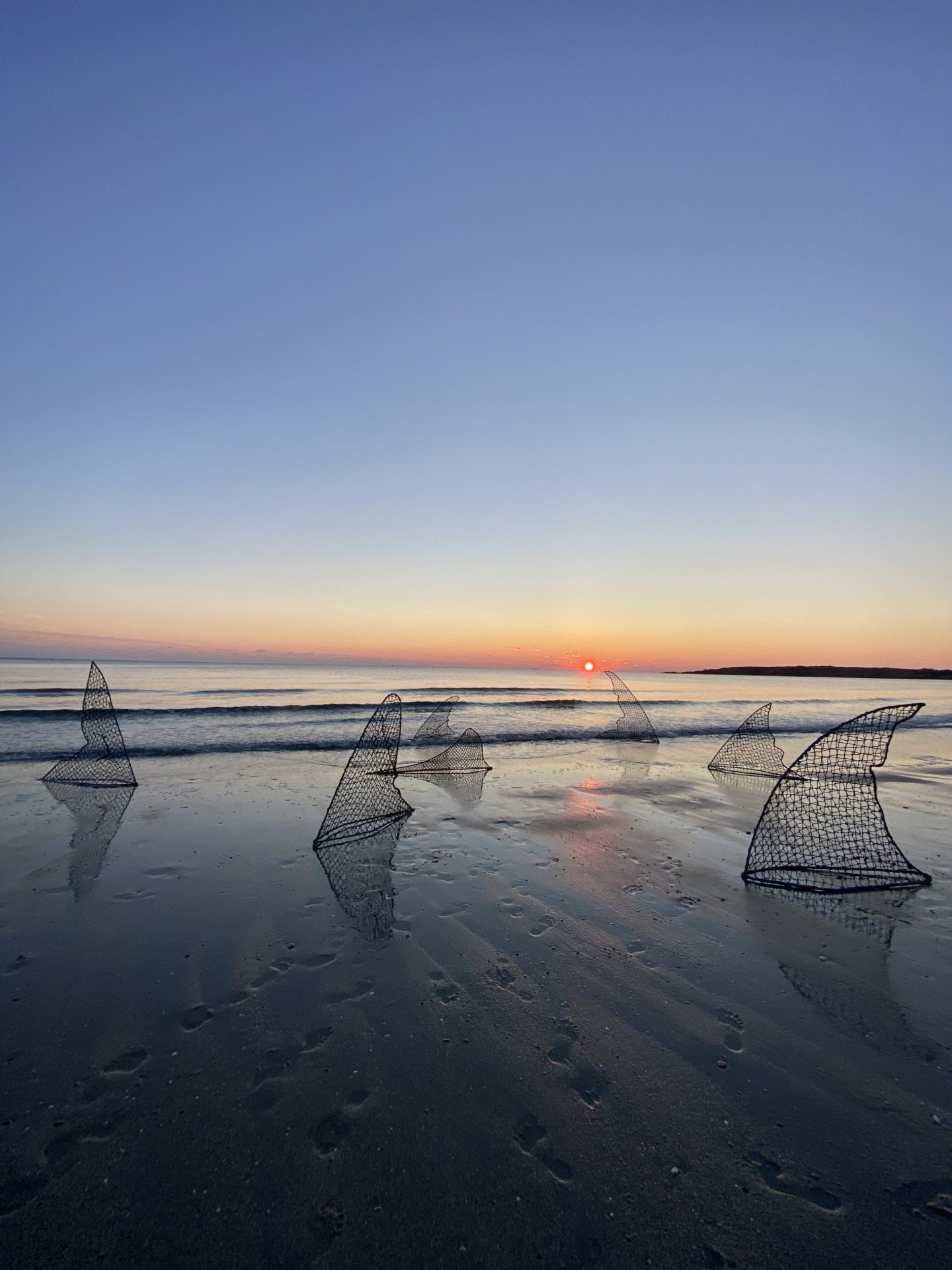 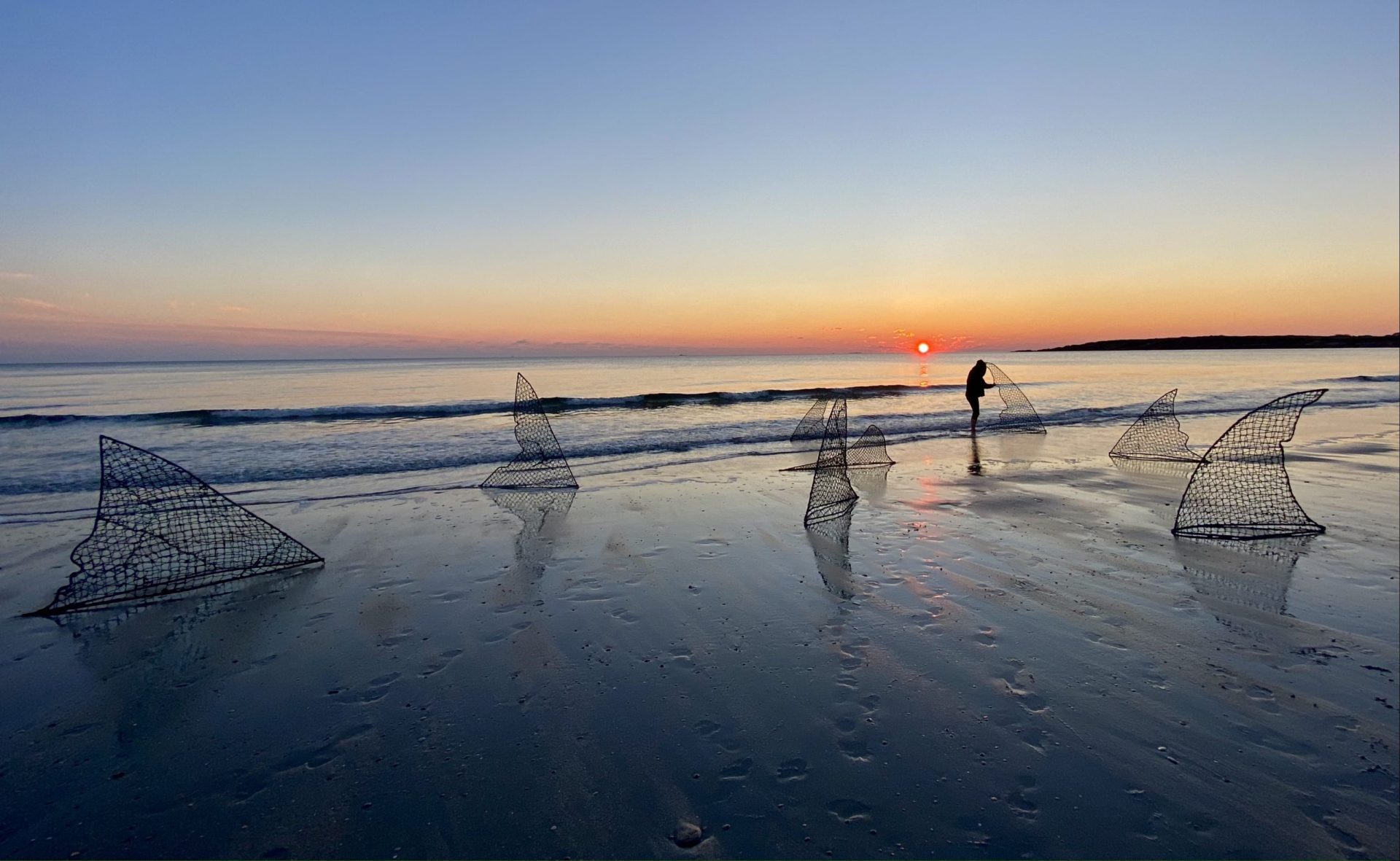 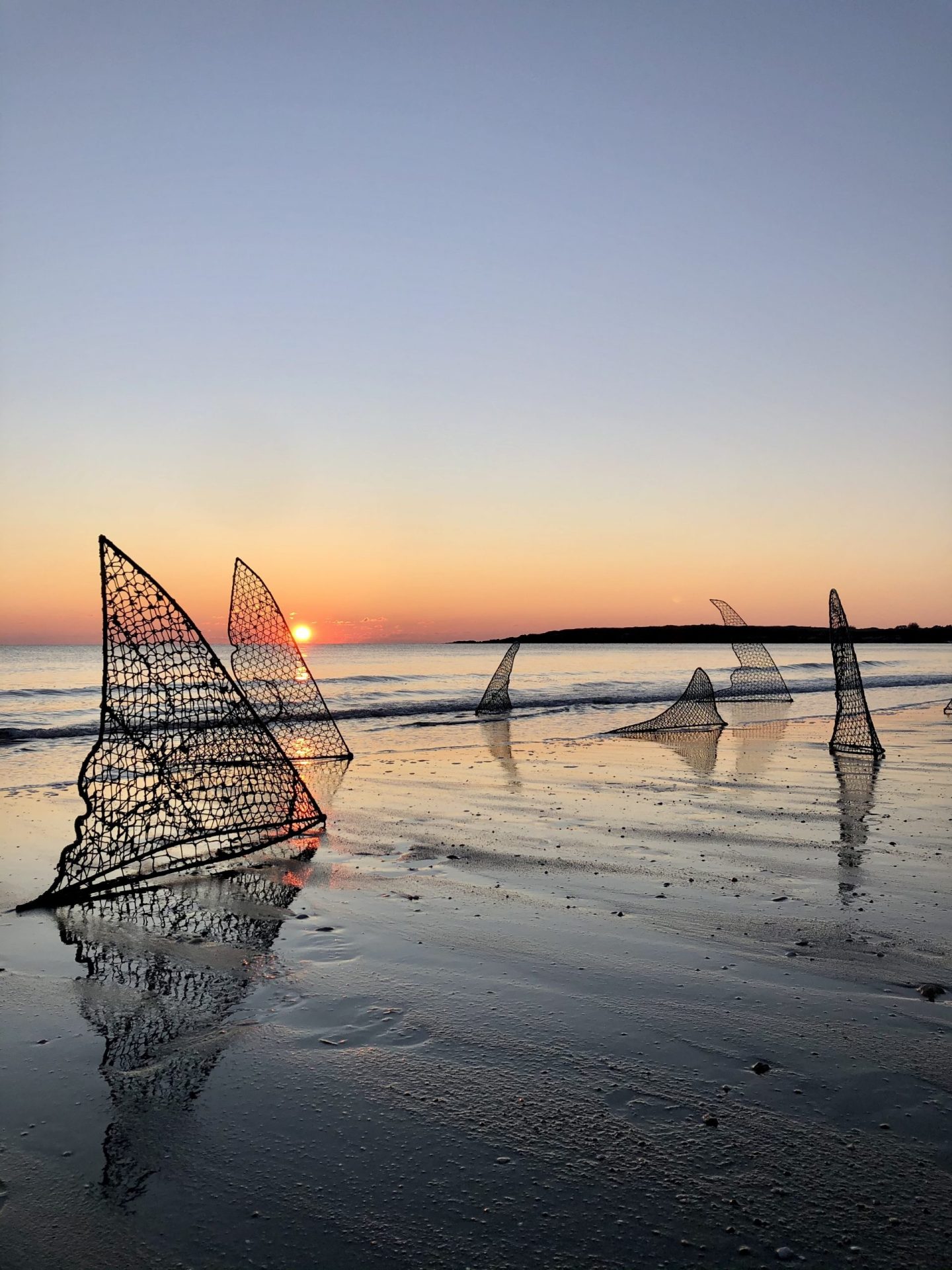 How the Mighty are Falling

How the Mighty are Falling was created in collaboration with local fishermen, giving new life to their otherwise discarded material. After completing their initial purpose of trapping and hauling marine life, these fishing nets have their functions reversed as they transform into a tool to advocate for greater protections for sharks within the fisheries industry.
Created using Breton fishing gear, How the Mighty are Falling depicts eight shark fins constructed primarily out of recycled fishing nets and boating spray paint. Each fin represents a different shark species, highlighting the uniqueness of each shape and colour, as well as their role in shark identification.
Today 143 shark species are considered in peril – the IUCN red list classifies these species as ranging from near threatened to critically endangered. Combined, these figures account for 30% of all sharks. These majestic animals have ruled our oceans for 450 million years, and today they are disappearing at an alarming rate because of us, affecting the marine ecosystem. This drastic decline can be attributed to ghost nets, bycatch, overfishing, and the shark-finning industry.
The use of the fishing nets within these sculptures serves as a reminder of their responsibility in the global decline of shark species. The transparency of the netting further captures the disappearance of the sharks by allowing the viewer to see
through the shark fin as if it were clinging onto existence by a thread, and may very well disappear altogether.
Installed on the beach, the monumental installation invites the viewer to walk amongst the giant shark fins and ponder how to stop the mighty from falling.

Plastic Contamporary Mosaic by Lady Be