Federica Galli was born in 1932 in Soresina, in the Cremona area, immersed in that landscape of the plains that would accompany her figuration throughout her life as an artist. At a very young age, she defied her family and moved to Milan, where she first attended art school and then the Brera Academy. In the early 1960s, after visiting a Rembrandt exhibition in Amsterdam, she decided to give up painting for good and to devote herself exclusively to engraving.

He worked until the end, leaving almost nine hundred engravings, which embrace different themes: trees above all, but also landscapes of the Po Valley, the Alps and the sea, rural and urban architecture. The subjects are always real and classic, interpreted in a figurative language, but developed with a new and personal style and a rare technical virtuosity. In 1987, under the aegis of Olivetti, she challenged the great engravers of the Grand Tour and produced a portfolio dedicated to the city of Venice, with 39 views, which opened the doors of the most prestigious international museums.

Her career has been studded with awards and successes manifested in over three hundred exhibitions in Italy and abroad. Her work is housed in prestigious Italian museums, such as the Castello Sforzesco museum in Milan at the Veneranda Pinacoteca Ambrosiana, and international museums, such as the NMWA in Washington, the national museum that owns the Vedute di Venezia cycle.

In 1971 the City of Milan awarded her the Ambrogino d’Oro, while in 2019, on the occasion of the tenth anniversary of her death, it inscribed her name in the Famedio at the Monumental Cemetery. In 2021, Milan dedicated an important anthological exhibition to her and named a street after her in the lively Bicocca district.

Her memory, archive and entire artistic and commercial production are protected by the Federica Galli Foundation, based in her beloved Milan.

In 1977, Federica Galli systematically devoted herself to a series of etchings of Italy’s Monumental Trees. Trees have always played such a prominent role in Galli’s work that she has been consecrated the “Lady of Trees”. The Monumental Trees portfolio is a true mapping of Italy, through which the country tells its story, giving voice and space to its plant giants, ancient witnesses to the historical memory of the Bel Paese.

“His is a live representation, his engravings are born from a close coexistence with these places, with the monumental trees and the vast woods that he first inhabited and then reproduced, in his own way. […] His is a school of highly refined craftsmanship, a hand that has made a religion out of precision.”  -Tiziano Fratus 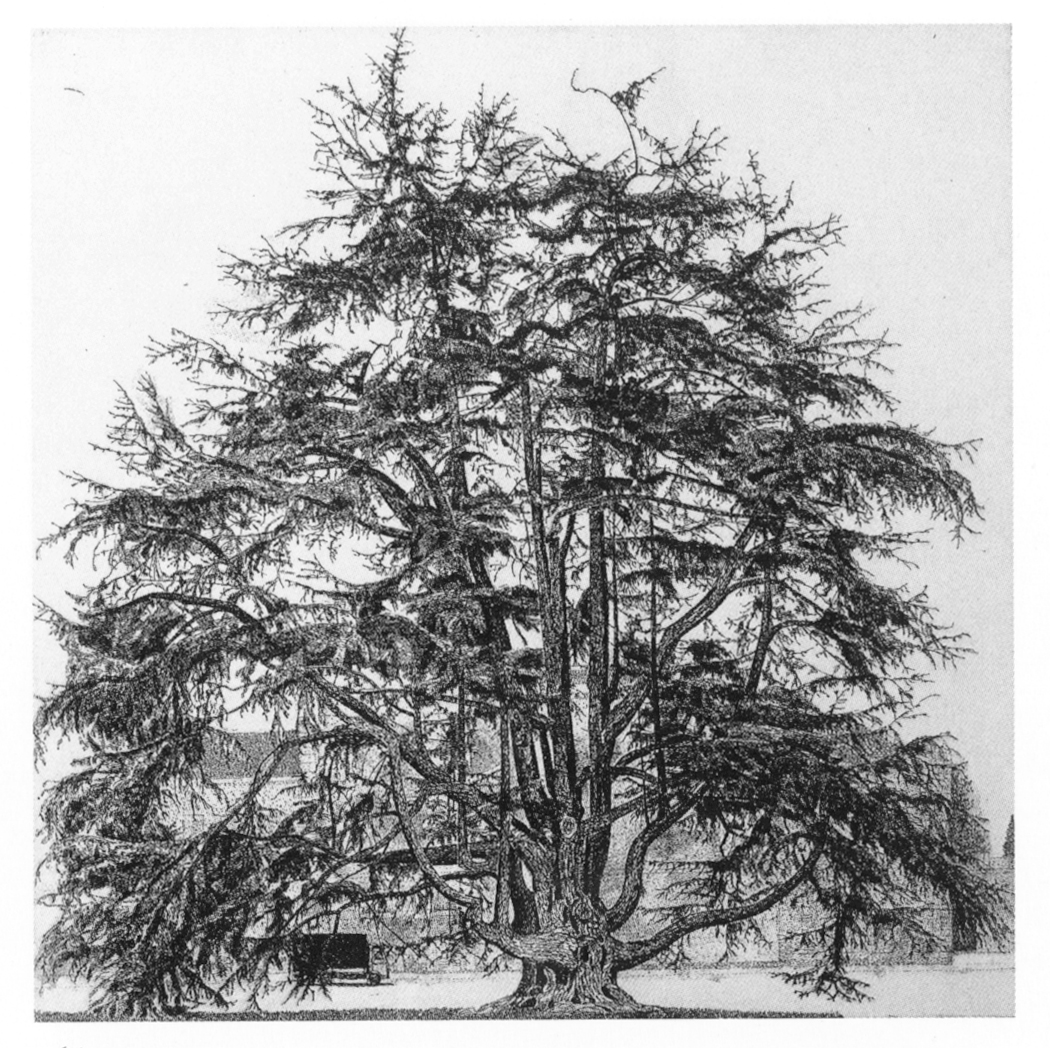 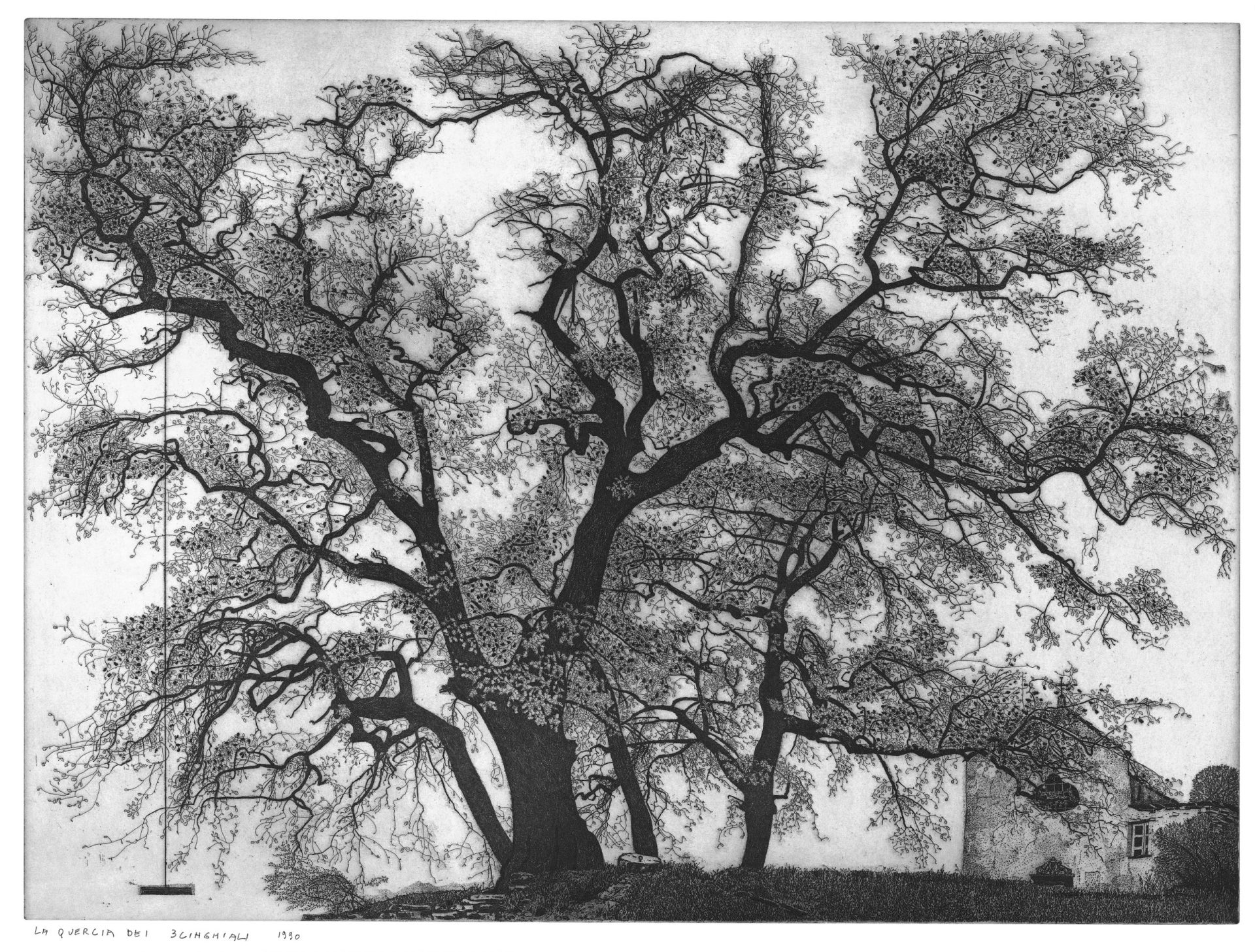 From the Cremona countryside, Federica Galli arrived in Milan in 1946 with the firm conviction that she wanted to pursue an artistic career. The Milan that presented itself to her young eyes was a suffering city that still showed the deep wounds of the bombings. In spite of stereotypes and clichés, Federica deeply loved Milan and dedicated countless engravings to the city, immortalising it in the midst of its transformation and metamorphosis.

“[…] It is said all too often that Milan must be discovered little by little, it never reveals itself immediately. Perhaps it is just a banal adage: today, indeed, Milan seems far too brazen. But Federica, solid, tetragonous, yet capable of intense emotion, feels the hidden soul of the city “engraved” within herself.”  -Stefano Zuffi 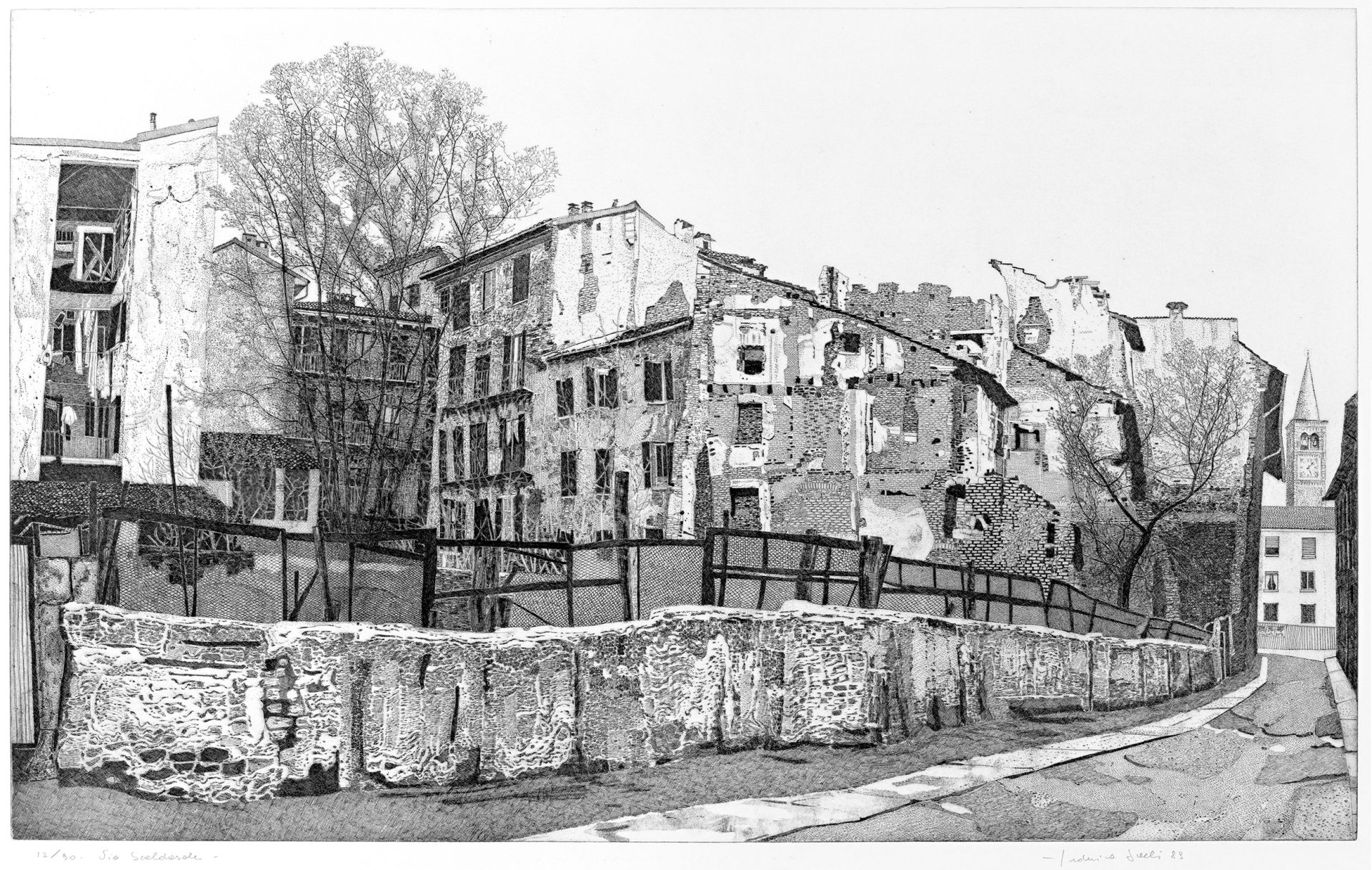 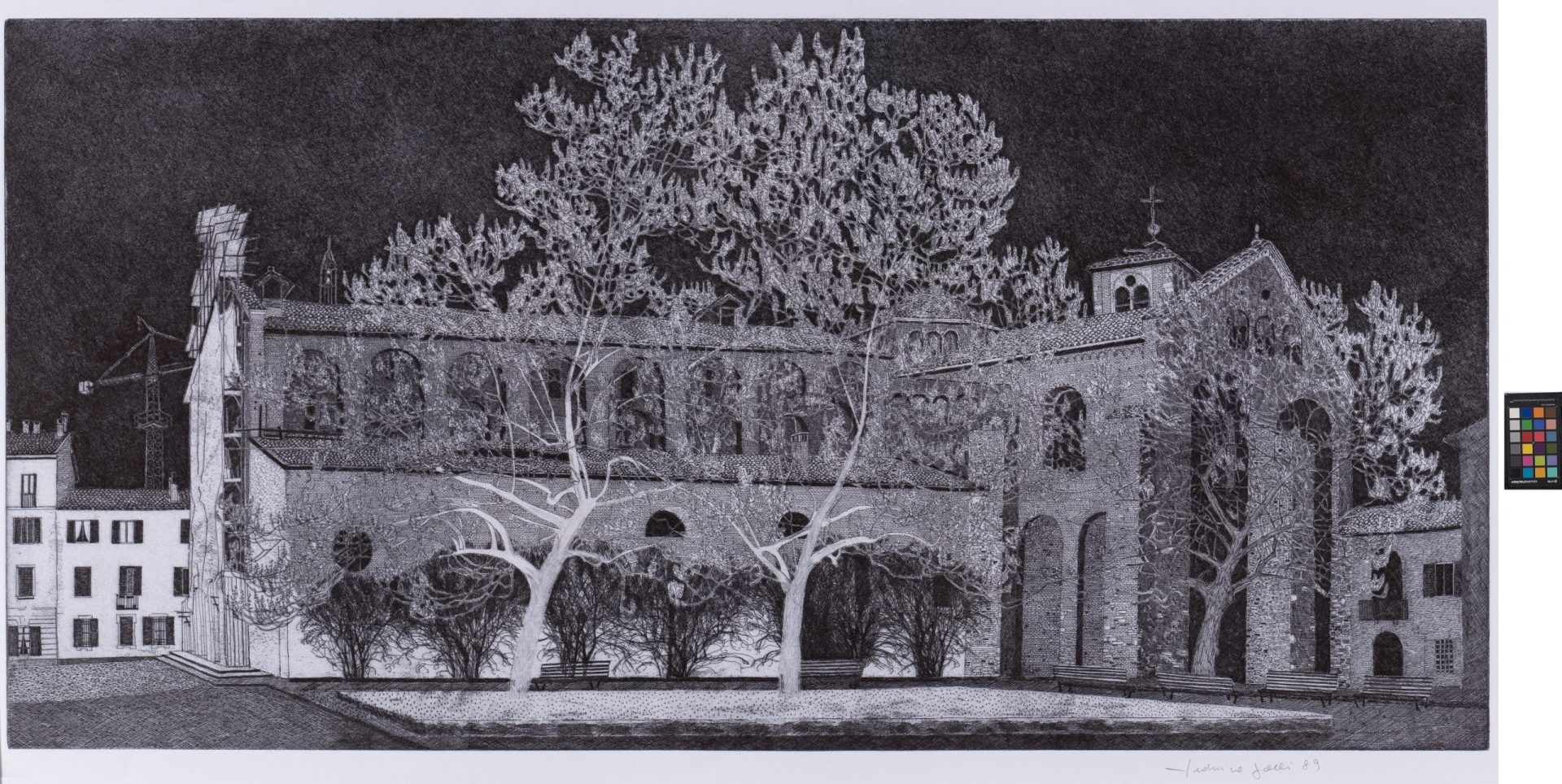 Nature is one of the most constant and enlivening elements in Federica Galli’s work. With love and great sensitivity, Galli has engraved en plein air in front of Alpine giants, expanses of woodland, jagged coastlines, but above all far and wide across ‘her’ Po Valley.

Perfectly synchronised with the sober beauty of the Lombardy countryside, Federica Galli has transposed its moods and atmospheres onto plates, without ever being intimidated by unfavorable climatic factors such as the summer heat or the winter frost.

“In front of nature […] Federica returned ineffably capable of observing everything, and of taking those essential notes to be able to remember everything, with a slow operation of decantation, which saw things resurface, down to the last bud, as if even in her studio pianissimo, with the noise that the leaves make when they grow, on the zinc of her plates spring returned”. -Andrea Dusio 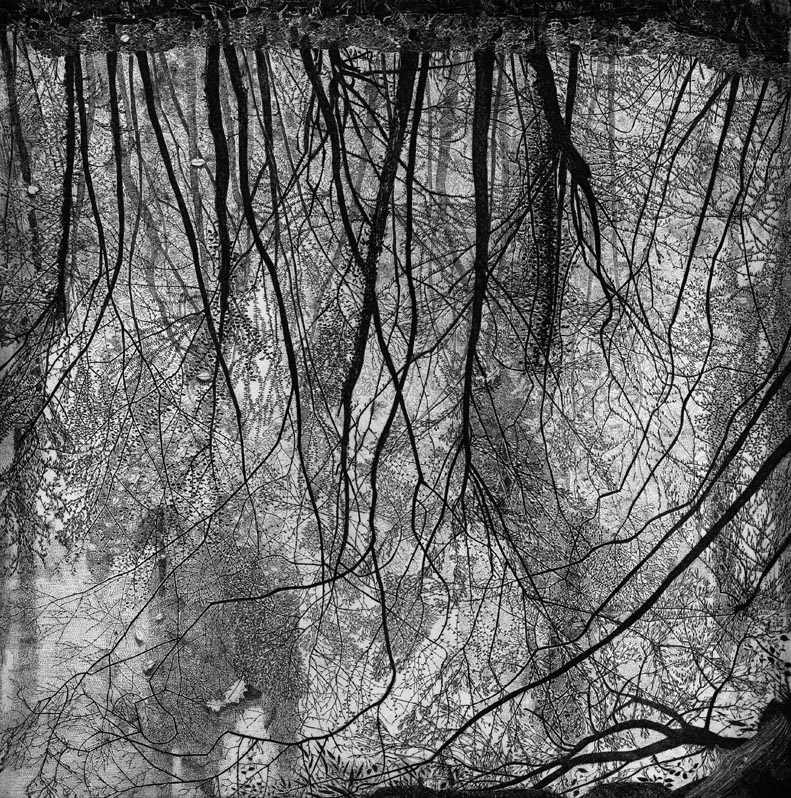 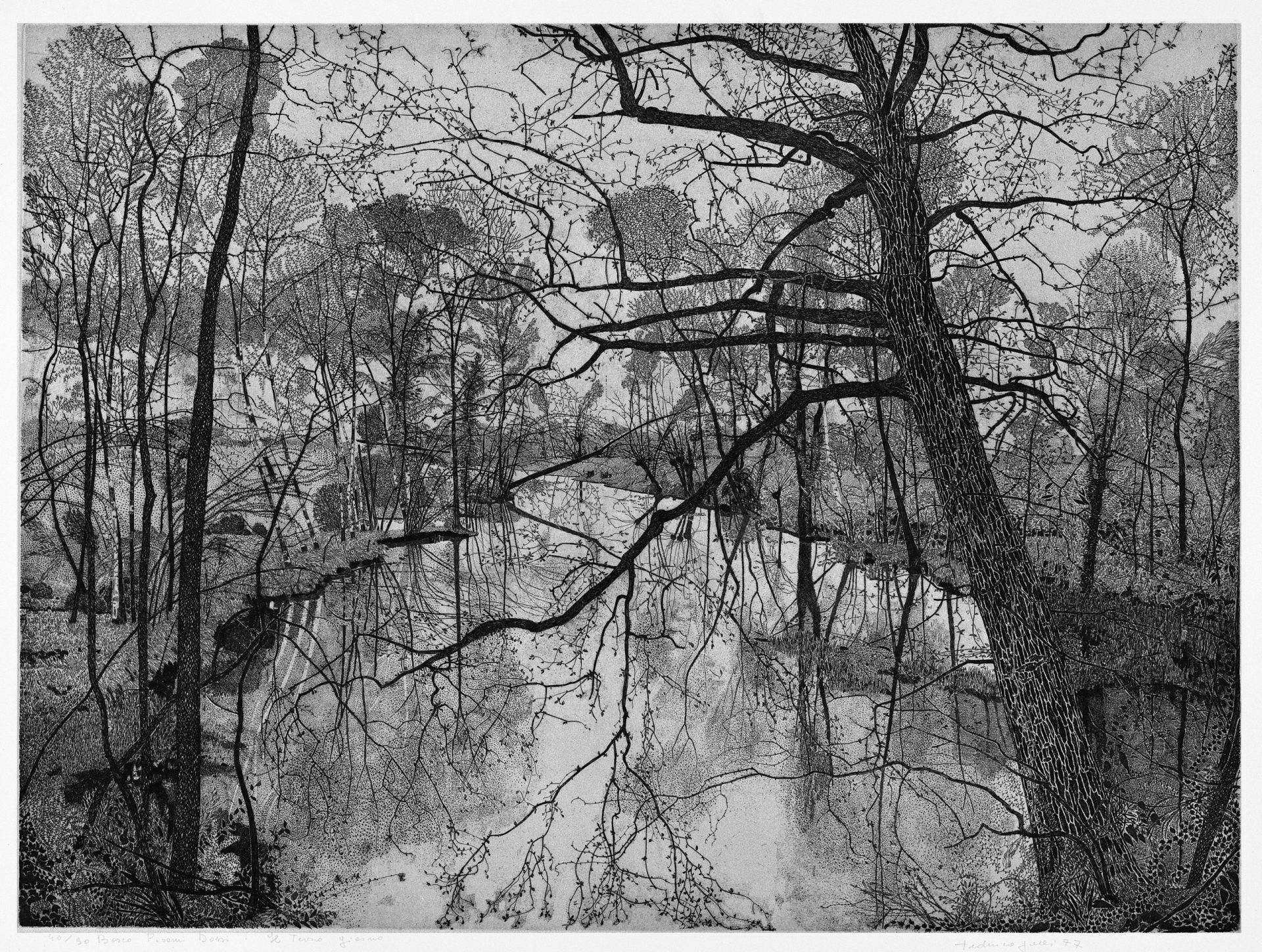